An RPG With No Numbers

This is a translated repost of something I wrote back in 2007. Some of the ideas are not explored thoroughly and some statements sound a bit reductionist. However, other than tidying up the phrasing and formatting of the text, I have left it unchanged from when it was originally written.

Researchers of the nerve system have concluded that, in a healthy brain, some brain functions are lateralized. The left hemisphere is responsible for processing information sequentially, linearly, analytically and verbally; for math functions of counting as well as logic intelligence. The right hemisphere processes information in parallel, holistically and visually. It's responsible for math functions of geometry, movement and intuitive intelligence.

A popular theory is that for the majority of people, one of their hemispheres has predominance over the other. This extends not only to motor functions —most people have one dominant hand, for example— but also to their perception and intelligence functions mentioned before. The development of one hemisphere over the other depends, I imagine, on the experience and learning of each individual but perhaps there is some influence from genetic factors as well.

There are examples of both left-thinkers and right-thinkers amongst programmers and engineers. After all, our work requires both technical savvy as well as creativity and ingenuity. I get the impression however, that developers of role playing videogames don't dare to lessen the role of their left hemisphere in their designs. Numbers are all over these games, keeping track of stats and computations that in many cases don't have any tangible relevance in the final experience. 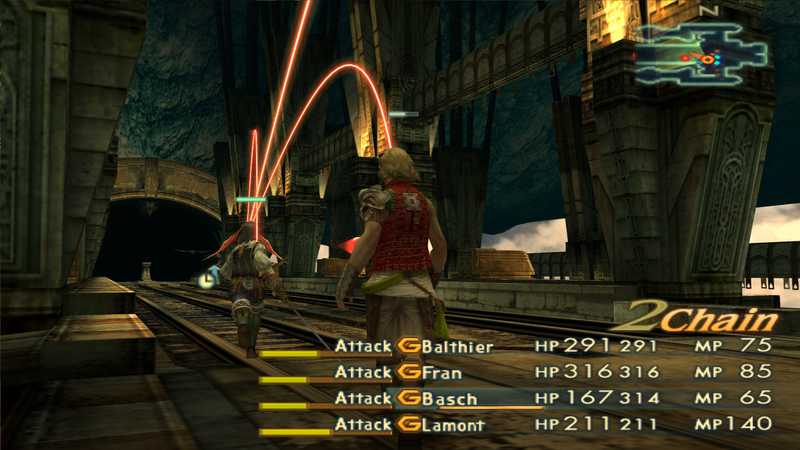 In the Final Fantasy series, the only numbers that end up mattering are damage points and hit points

There's nothing inherently bad in offering the opportunity to play with numbers to those players who like to do cost/benefit analyses for each tiny decision they take in-game. However in many cases, specially in modern games that pursue immersion and verisimilitude, seeing numbers, values and icons floating all over is clashing and immersion-breaking. In most cases, these numerical prompts are there because games have always been done like that.

Why not try to make an adventure/role playing game without so much emphasis on the raw numbers? A game that doesn't make the numbers such a front-and-center element of their design?

I'd like to see an RPG that swapped quantitative values by qualitative concepts. One where we don't get a Level up! notification but rather one where we, as players, notice that our character is stronger, more agile or wise. A game that offers a more analog, more immersive experience.

Using numbers is unavoidable in a videogame. After all computers operate with numbers and logic. What I'm proposing here is to leave all the math for the computer to internally process, and present to the player only what their charecter themself would perceive. Videogames can be so much more than digital boardgames and we should aspire to jump over that limitation.

Let's go over some of the reasons RPGs are so keen on exposing their numbers:

If we try to conceive a hypothetical immersive adventure game, we'd ideally leave all of these numbers aside. After all, in real life we cannot precisely say that such and such person has "7 Intelligence" or "10 Intelligence". In most cases, we as players cannot really tell the difference in meaning between a character with Vigor 17 and one with Vigor 18. 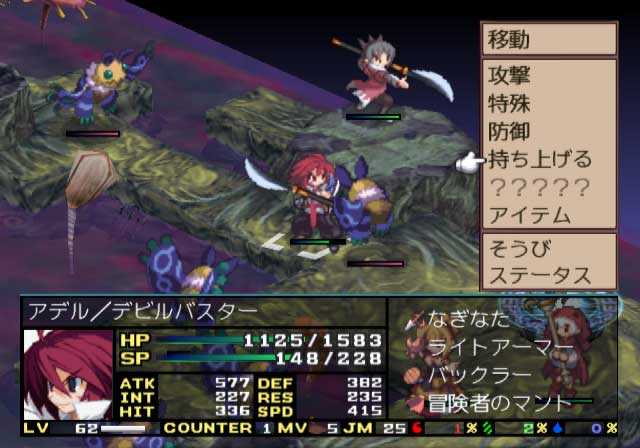 Disgaea and other Nippon Ichi games are veritable numerical orgasms

I'm not advocating for the removal of each and every abstraction, nor am I looking for an obsessively realistic game. In Morrowind, for example, the main character automatically knows the name of every single individual, and the destination of every door, even though they just arrived on this location. In a game like this, so dependent on character's indications to find places and people, this abstraction is justified for playability purposes. If we had to stop and ask each pedestrian their name, hoping to stumble upon the correct NPC to give a trinket to, a lot of game time would be wasted on a tedious activity. Other abstraction from Morrowind that wouldn't be justified is recieving the notification that "Your athletics ability has increased" after running a few kilometers and —perhaps— noticing a minuscule increase in our running speed. Playability wouldn't necessarily be compromised if the game didn't show us this message. After a while, we would naturally notice that our character runs faster than when we started, and we'd think "Oh, I can see that my character is faster now".

Videogames have changed their goals. They have evolved in new paths. It's no longer just about shooting aliens and racking high scores. There are now game formats whose purpose is to offer an experience. Let's strive then to offer a pure and genuine experience. Let's think about the whole, the environment, in enjoying the stimuli arriving at our senses and not in just a lineal combination of systems. Let's not reduce an experience to a spreadsheet. Let's use the right side of the brain.

These ideas in favor of immersion can be extended to other aspects of design, changing the traditional progression model of our character's abilities for a continuous spectrum —or multi-dimensional one, if we dare—. They can also be applied to the presentation of data on screen, progress bars, indicators and a myriad of other elements. This is a topic to discuss further in another post.